Energy efficiency, generation, storage and distribution; development and availability of sustainable technologies; new and re-newed industries for a sustainable future

Give the gift of solar

Challenge runs the Welby Garden Centre near Mittagong, and does wonderful work providing training and employment opportunities for people with disabilities.

Repower and CANWin are calling for donations from the community to help raise $10,000 on behalf of Challenge Southern Highlands.

CANWin has agreed to match donations up to a total of $5000. This means that for every $100 you donate, CANWin will match it with another $100.

Your donation will assist with the installation of a 12KW solar system at the Challenge SH facility in Welby, contributing to substantial savings in electricity and helping our environment!

Could you host a solar farm?

Posted on 9 Dec 2016 by SMOates | Comments Off on Could you host a solar farm?

Could you host a solar farm?

Comments Off on Could you host a solar farm?

More than 200 Highlands locals have already booked for this event, in order to:

You too can meet the suppliers and your local installer. Ask them whatever questions you may have!

What you need to bring

You’ll have the unique opportunity to receive independent, expert advice from a Local Solar Mentors on the right home energy system for you.
Bring a recent electricity bill for an optimal experience!
Get friends and family involved!

The more the merrier

Invite fellow solar homeowners, your friends, family and colleagues to RSVP and join you at CANWin’s Suncrowd event!? They can RSVP here: www.suncrowd.com.au/southern-highlands

The greater the number of people that join your local campaign – the greater the savings for everyone involved. You don’t want your neighbours to miss out!

You can invite them by email, Facebook or knock on your neighbour’s door!

Our local solar and battery bulk-buy is here!!

Posted on 8 Oct 2016 by SMOates | Comments Off on Our local solar and battery bulk-buy is here!!

To find out more and to join in the local community bulk buy campaign for solar and batteries, RSVP now to attend the local SunCrowd event:

Local groups Climate Action Now Wingecarribee (CANWin) and the Moss Vale Community Garden are teaming up to bring solar technology to you in a way that’s affordable! The local groups are teaming up to make it easy, accessible, and at lower prices. With a huge 3,000 solar installations operating in the Highlands, you can join them, or if you are already enjoying energy from the sun, enhance your solar potential and SAVE!

On the back of the huge success of SunCrowd’s (& Australia’s) first ever solar & battery bulk buy in Newcastle earlier this year, residents in the Highlands can now participate. The Community Groups will benefit, you will be able to access the latest technology at the best price, and get free ‘smart’ advice on being energy wise – ethically, with no hard sell.

Here’s what you can expect at the event:

So RSVP now — You don’t want to miss out!

Two locals, Miles Lochhead and Andy Lemann, both with a long history of working and advocating for sustainable causes, have come on board as SunCrowd event co-ordinators for the Highlands. 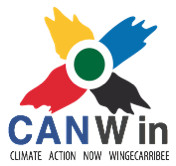 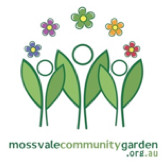 Comments Off on Our local solar and battery bulk-buy is here!!

Community energy for the Highlands

…renewable energy projects which are truly win-win projects for the environment, the economy and the local community

Sure beats a coal mine.

Come along and find out more. See you there.

At its third forum, titled The Radiance of France, CANWin’s nuclear energy forum set itself the task of examining what has made the French so successful in achieving amongst the world’s lowest greenhouse gas emissions.

The attendance continues to grow and this time around we had presentations by 6 of its members with 25 attending. Rob Parker kicked off with a summary of the French system of 58 reactors built over 22 years. While they were built to provide energy self sufficiency, in this age of clean energy and greenhouse gas reductions the French generate electricity with only 71 gr CO2/kwh while across the border in Germany with its 48% renewable capacity they generate nearly 10 times the French emissions with 672 gr CO2/kwh.

The reasons are clear in these two graphs and Germany sets an ominous precedent for Australia if we continue to implement wind and solar while burning coal.

Phillip Walker then outlined the political process under President Pompidou and Prime Minister Messmer. The decisions to proceed with the nuclear programme were unilateral with no public or parliamentary debate.

After the break we were treated to an excellent presentation by Cameron Esslemont. This dealt with both open and closed nuclear fuel cycles and the great potential for recycling of used nuclear fuel. Cameron also touched on the political difficulties of implementing nuclear power and the handling of used fuel. He spoke in detail about the shifting policies of the IPCC and the cost structure of nuclear energy. This excellent presentation really needs an encore with more time to get a better appreciation of all of Cameron’s work.

Mike Thorley spoke about the French political system and outlined how it addressed centralised planning to enable the reactor fleet to be constructed.

Peter Cunningham then presented more details of the French system, its generating costs and comparison with the German performance and Australia’s uranium and thorium reserves.

Lou Flower then completed the afternoon with his observations that the French reactors are reaching maturity and may run into political difficulties with their replacement. The motivation of post war France has changed. The current generation may not be as patriotic or motivated to repeat the successes of the past. This may jeopardise future nuclear decisions.

The forum members show their commitment to the study of nuclear energy through their full participation and involvement in the topics. They are prepared to do work as demonstrated by the range of speakers and the three hours of full involvement. There is not full agreement on the issues we address however with intelligence and good grace the level of debate is greatly improved.

Based on this last meeting the CANWin nuclear forum has an excellent future where some very good work on understanding how we can properly decarbonise our energy production can occur.

Coal-fired power stations are either on or off. When they run, they run at peak capacity to ensure that consumers get all the energy they want all the time, including those few heat wave days each year when the more affluent rely on air conditioning to keep cool. When the grid was privatised in the name of “energy security”, it was “gold-plated” at the expense of the consumer: the needy subsidising the greedy.

Australian coal-fired power stations have access to cheap coal, are heavily subsidised, and do not cover the environmental costs of their production. As a consequence, their production costs are very low by international standards (3-5c/k). They could easily sell electricity on the cheap. In practice, however, they sell their energy at up 10 times its production cost, making a killing at the expense of households and businesses.

To be fair, most energy suppliers offer discount rates of about 15c/kWh for off-peak (night-time) use. But that doesn’t suit most consumers, who continue to pay the peak-hour rate of 20-40c/kWh. Clearly, there is scope in the Australian Energy Market for a more efficient system, one that could guarantee consumers the electricity they need without overheating the atmosphere and de-stabilising the climate.

Renewable energy plays a useful role in stabilising the grid by ironing out its peaks and troughs, since much renewable energy is harvested by day. In practice, however, the grids and conventional energy providers depend more on each other than on potential renewable energy suppliers, which they see as unwanted competition. They deny renewables access to the grid — because they can. It is time, perhaps long past time, for a “smart grid” to provide people and industry with the energy they need, rather than the energy they want.

One way to smooth out peaks and troughs in demand is to store surplus night-time electricity for daytime use. Battery technologies are now evolving fast and costs are tumbling as fast as photovoltaic panels have done over the past 10 years. Lithium ion storage systems are already available on the Australian market for both household and business use, but it will probably be some time before they have the potential, on a grid-wide scale, to meet daytime demand by storing night-time excess.

That being so, NSW could follow the Californian lead and look to gravity storage options, which use off-peak electricity as a resource that can be bought on the cheap and sold at twice the price. Eraring Energy already does this on a small scale. By night they use cheap electricity to pump water from downhill Lake Yarranga into uphill Fitzroy Reservoir. By day they can release the water to generate hydro electricity, which they can sell to the grid for up to twice the price of pumping.

The generation efficiency of this option, however, is limited by the friction between water and pipe. A more efficient alternative to move heavy materials uphill is to use a railroad train, which loses much less energy in friction, an initiative of the Californian company ARES (Advanced Rail Energy Storage).

A variant of that principle is the “regenerative braking” that is being introduced on the new generation of NSW suburban trains which, by their nature, stop and start to pick up passengers. Regenerative braking recovers energy otherwise lost as heat and feeds it back to the source through their overhead power lines. Its limitation as a storage option is that such trains run mainly on gentle gradients by day, rather than by night, a limitation that does not apply to the ARES option.

ARES plans to use a purpose-built railroad up a mountain in Nevada to generate 50mWh of off-peak storage energy to meet peak energy demand. The dimensions of the Nevada railway track (distance 9.2km, grade 7.2%) are remarkably similar to that of the existing Illawarra Mountain Railway that is currently used on a daily basis by coal, limestone and (in season) grain trains that lose their braking energy in heat.

Perhaps there is a case for electrifying the Illawarra Mountain Railway to stabilise the grid by recovering the braking energy that is currently being wasted as heat until such time as NSW can afford to build the proposed electric railway line between Dombarton and Maldon?

Comments Off on Energy from rail